Record number of vehicles fail MOTs due to emissions, with diesel failures surging 240%

Diesel vehicles have seen the greatest surge in failures due to emissions, with a huge rise of 240 per cent compared to just 37 per cent for petrol vehicles.

The Freedom of Information (FOI) request to the DVSA by the MOT and service price comparison site found more cars have failed on emissions in the last two years than any other before it.

Overall failures last year were up by more than 70 per cent compared to 2017/18 levels – the final year before the new regulations were introduced.

In May 2018, the government introduced tougher MOT regulations to clamp down on vehicles producing excessive emissions which led to a significant rise in failures.

“The regulations have mostly impacted diesel cars, causing more than triple the number to fail, compared to petrol car failures which have only increased by a third,” said Jessica Potts, Head of Marketing at BookMyGarage.com.

The large increase in diesel failures was caused by a change to rules for cars equipped with a diesel particulate filter (DPF). Any car equipped with a DPF will fail an MOT if there is either evidence it has been tampered with or if smoke of any colour can be seen coming from the exhaust.

DPFs became standard on all diesel cars in 2009 to comply with Euro 5 emissions standards, though a few cars older than this may also be equipped with a DPF. Its purpose is to trap soot particles from exhaust emissions which are toxic to humans.

Jessica added: “Since the Volkswagen ‘dieselgate’ scandal in 2015, diesel cars have earned a bad reputation for producing harmful exhaust emissions.”

According to the SMMT, the market share of diesel cars accounted for just 16% of new car sales last year. In 2015, about 50% of new cars sold were diesel.

“That’s not to say all diesels are bad. The latest diesel cars are equipped with emissions control systems such as particulate filters and selective catalytic reduction (AdBlue) to reduce or eliminate harmful emissions.

“What this data tells us though, is that an increasing number of relatively modern diesels are struggling to pass the MOT test as their emissions control systems face tougher scrutiny. It’s important these systems function correctly to protect the environment, but putting them right can also cost owners thousands of pounds.”

Although diesels have seen a much larger failure rate increase in recent years, petrol cars are actually still more likely to fail, with 4.5% of the total number licenced failing annually due to emissions, compared to 3.3% for diesels.

To see an interactive graph comparing annual data for MOT emissions failures and to find out which faults cause a petrol or diesel car to fail the test, visit https://bookmygarage.com/blog/mot-failures-due-to-emission.

BookMyGarage.com has helped more than four million motorists obtain instant comparison prices for MOT, service and repair procedures through its network of over 9,000 franchise and independent UK garages

Our Product Dipetane can assist in clearing the built up deposits in the combustion chamber and Diesel Particulate Filter to get your vehicle through its next MOT. For more information on Dipetane visit https://dipetane.com/ 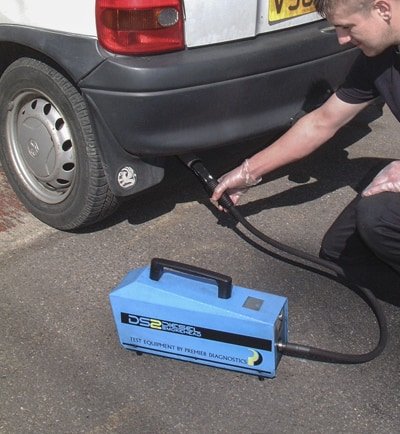